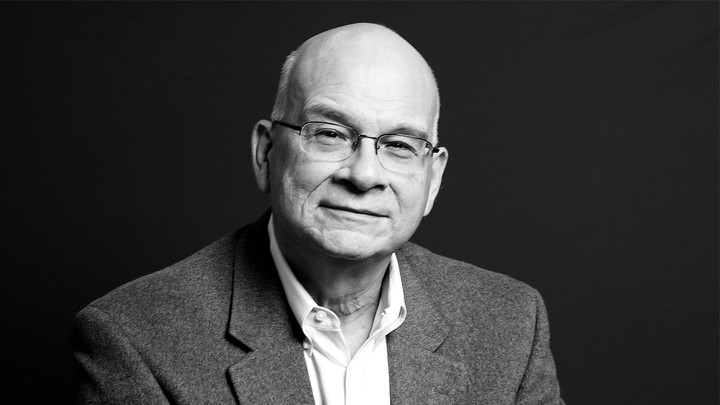 Tim Keller is a megachurch pastor of Redeemer Presbyterian Church in New York City. He has also founded the Redeemer City to City church planting institution, and thus his influence is widespread throughout the United States. He co-founded The Gospel Coalition in 2005 alongside fellow Calvinist theologian D. A. Carson. In college, he encountered secular Leftism and Biblical Christianity, and found himself at odds with both. Consequently, when he encountered the evangelical Left through the works of people like Tom Skinner and Harvie Conn, he was able to develop a “third way” which syncretistically blended the social justice ideology of Woke cultism with Christian language. He promotes soft-peddled Marxism, Critical Race Theory (CRT), diversity, inclusivity, and equity, and other Woke positions in his various sermons, writings, and social media posts.

Timothy Keller first encountered Leftist ideology during his time at Bucknell University, shortly after he became a Christian. He felt torn between secular concerns for social justice and traditional, orthodox Christian understandings of justice, and he sought to find a resolution that would somehow bridge the gap between them. Entering into the worlds of adulthood and academia during the latter part of the Civil Rights era meant that he was exposed to heavy criticism of American evangelicals, especially white, male American evangelicals, on a regular basis.

In 1970, some of Tim Keller’s friends attended Urbana 70 (InterVarsity’s Missions Conference) where they listened to a speech by Tom Skinner, an African-American evangelist from Harlem, who spoke about Jesus in a sense that was incompatible with conservative, Biblical Christianity. They shared a tape recording of that speech with Keller, who became persuaded that the “real” Jesus was a “revolutionary” as a result. Skinner had taught that Jesus was the sort of “revolutionary” who “couldn’t be stopped,” and that was why the crowds wanted Him crucified, and not Barabbas. “Three days later, Jesus Christ pulled off the greatest political coup of all time,” said Keller in a 1997 sermon, after reminiscing about Skinner’s speech. Skinner’s emphasis was on Jesus as a political figure, and the Gospel as a particular kind of political agenda. That agenda is one that would “speak to the issue of enslavement,” “injustice,” and “inequality,” and any agenda that does not speak to those is “not the Gospel.” Skinner emphasized the “black revolution,” hearkening back to the history of slavery in the United States to justify his New Leftist perspective on social justice issues. He believed that the idea that America was founded on biblical values or godly principles is an “illusion,” and he demanded that his audience “reexamine” that illusion.

Keller understood that this perspective– the perspective of social justice ideology– was at odds with Biblical, traditional evangelical Christianity. He did not feel quite at home with traditional evangelicals or with secular Leftists. Thus, when he discovered the progressive New Leftist variety of Christianity, he found his niche. It was this “third way,” this “off the spectrum” position, that came to influence his work throughout his life.

Another major influence on Tim Keller was a man named Harvie Conn, whom he met during his time as a professor at Westminster. Conn was a social justice activist who admired and promoted the doctrines of liberation theology, a fusion of Christian language concerning poverty and power with blatant Marxism. Conn believed that it was necessary for the Christian to have a “bias toward the poor, the doing of justice, the battle against racism.” His definition of justice was based on the Marxist concept of overthrowing the “oppressor” class and placing the “oppressed class” in their stead, to make up for previous inequalities of outcome. He believed that the Gospel was inherently social– that is, he viewed the Gospel not as the story of salvation of sinful individuals to eternal life in and through Christ, but as the story of liberation from supposed social “oppression.” According to Conn, white evangelicals neglect the “full Gospel,” by giving “the salvation of souls top priority and the concern for social justice only secondary and derived importance.” This

On Voting For The Democratic Party:

Tim Keller’s melding of secular social justice ideology with Christianity is evident in many of his writings, sermons, and posts on social media. For example, Keller claims that it is possible for a person to be a Christian and to vote for various political parties– but he omits the fact that this is only true if those party platforms align with historic, Biblical orthodoxy. He couches his language in such a way that it sounds like he is upholding historic, Biblical positions on issues such as abortion, but when Keller’s own party registration is taken into account, a different sort of picture emerges.

One of the easiest ways to identify someone as “Woke” is to check his or her voter registration. Christians, especially informed Christians, have a clear moral obligation not to vote for any candidate(s) or party members whose position on abortion or sodomy is to keep such things legalized, because the Biblical position is that abortion is murder, and murder is clearly against God’s Law, and because the Biblical position is that sodomy is sexual sin against God Himself. Tim Keller, on the other hand, is a registered Democrat.

Given his voter registration, Tim Keller’s ethical positions are clearly aligned with the ideology of the evangelical Left (a.k.a., the Woke Cult), rather than with historic, Biblical Christianity. The Democratic platform is pro-abortion and pro-sodomy (a.k.a., “pro-LGBT-etc.), and this cannot be reconciled with the platform of God’s Law as revealed in the Pentateuch.

In September of 2020, Keller posted a Twitter thread in which he attempted to dissuade Christians from recognizing any particular political party as out-of-the-question. “Christians cannot say to other Christians ‘no Christian can vote for…’ or ‘every Christian must vote for…’ unless you can find a Biblical command to that effect,” he claimed. Since he is himself a registered Democrat, the rational conclusion to draw from his comments is that he does not believe that there is a ‘Biblical command to that effect’ that Christians cannot morally vote for a Democratic candidate. He implied in the aforementioned thread that it is possible that the voting Democratic would somehow lessen the number of actual abortions, and he used this hypothetical as justification for his position. In reality, no amount of murdering unborn children comports with God’s command against murdering, or against sacrificing children on the altar of any god, political or otherwise.

After the news of Keller’s voter registration began spreading around November of 2020, he  attempted to justify his registration in other terms, calling it “voting smart.” This indicates that not only does Keller fail  follow the Biblical mandate for choosing righteous leaders who will uphold God’s moral code (Exodus 18:21), but his reasoning is also based upon pragmatic expediency and the “lesser-evilism” of situational ethics.

Tim Keller would disavow Marxism on the grounds that, technically, full-blown Marxism is based in atheistic materialism. However, he has said many positive things about Marxism’s ethic– that is, its prescription for how people ought to act in the world. In his sermon entitled “With a Religious Crowd,” Keller said this: “The people I read who were the disciples of Marx were not villains. They were not fools. They cared about people. . . there are vast populations, millions of people, who have been in absolute serfdom and peasantry and poverty for years and years, and there’s no way they’re going to get out. There’s no upward mobility. See, the people who read Marx said, ‘We have to do something about this.’ They weren’t fools.” Keller’s perspective was that Marxists had the right ethic, but not the right foundation for that ethic. Marxism is bad because it’s atheistic, not because it’s contrary to God’s moral Law.